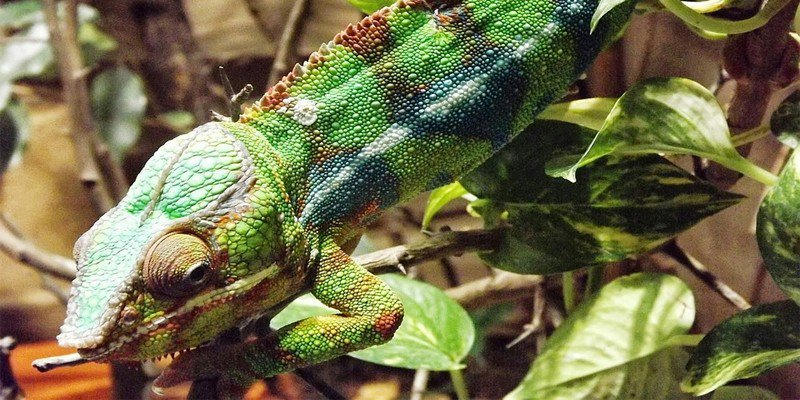 When it comes to chameleon’s hearing ability, most people think they cannot hear. This is because there are no visible ears on chameleons. Chameleons like other reptiles detect sounds through vibration and frequency.

So can chameleons hear you? Yes, when it comes to hearing, a chameleon can hear sounds around them. However, they can’t hear every sound due to their limited sound frequency, which is 200 to 600 Hertz.

The frequency of the sound is very important to a chameleons’ hearing ability. If you try to talk to them, they will only some of your voice. It depends on how soft or how loud you talk to them.

Do Chameleons Have Ear?

The ear is useful body parts because they can capture the sounds and let both humans and animals hear what’s around them.

For a chameleon, they do not have traditional ears as we do.

If you were to examine the chameleons closely, you will notice there are no ears on either side of their head. While this may conclude that chameleons cannot hear, it’s not exactly true.

While chameleons do not have ears as we do, they can hear without true ears.

Chameleons and snakes are one of the animals that have ears located in an unusual place. They do not have an outer ear structure on the side of their heads. Also, there is no middle ear or a canal that carries sound.

However, chameleons and snakes have a unique bone structure called a quadrate bone, which allows them to sense and interpret vibrations.

This quadrate bone is located close to their eyes. If you examine the area around their eyes closely, you’ll notice a very tiny hole. This is the hole that is used to detect vibrations when a chameleon is on the trees and vibrations in the air.

How Do Chameleons Hear?

The quadrate bone has a membrane that chameleons use to hear low tones. Sounds that are of low tones will stimulate the membranes, which will cause it to vibrate. This vibration will channel through the quadrate bone to the auditory organ which causes the chameleon to hear.

If you try to speak to your chameleon, they might not hear you at all if your voice is too low or too loud. The reason for that is because chameleons can only hear low tones having a frequency of 200 to 600 Hertz.

For humans, we won’t be able to hear this growling unless you put your finger on their heads. When the chameleon growl, you’ll feel a vibration on their head.

What Sound Can Chameleon Hear?

To know what a chameleon can hear, you have to know their hearing frequency range. Chameleon has a frequency range of between 200 and 600 Hertz. This is on the low range of sound.

For comparison, the human frequency range is between 20Hz to 20KHz. This means a human has extremely sensitive hearing. A human is capable of picking up the softest sounds such as whispers to the loudest sound such as fireworks.

On the other hand, chameleons cannot hear a whisper or hear the loudest of sounds. Their hearing is very limited and can only hear the sound that is low frequency such as bass music, vacuuming, and a person with a deep voice.

When it comes to your other pet in the home such as a dog, chameleons won’t be able to hear them bark. However, if the dog is barking close enough, they can hear it.  Not by the sound of the barking, but by the vibration in the air caused by barking.

It all depends on what sound it is. Since chameleons have limited hearing to sound, most of the sounds they hear around them every day should be fine. However, there are some sounds in the home that could scare them.

Sound not only scare chameleons but could also cause them to be stressed. Prolong exposure to the sound could cause them to be sick due to stress. Some of these sounds in the home are vacuum cleaner, television, a phone ringing, and bass music. All of these sounds are heard daily by the chameleons. If they seem to be stressed all the time and you have no clue why check for sounds that are frequent in your home.

Can Chameleons Hear You When You’re Talking To Them?

The normal range of the human voice starts at about 500 Hertz, according to Cardiff School of Computer Science and Informatics. This means the chameleon can hear some of the words when you’re talking to them.

Talking to your chameleon often will help reduce stress for the chameleon and help you bond closer with them. The more times they hear your voice, the safer they feel when they are around you.

How do chameleons detect danger at night if they can’t see?

Since their natural habitat is usually pitch black at night, they use their hearing to detect danger while they are sleeping. When a predator or another animal is close by, they can hear that they are nearby through vibrations. This vibration could be a bat flapping its wings or a snake crawling on the same branch. A chameleon will be able to pick up the vibration and move away from the predators.

As you can see from the article, the chameleon can hear you talk. To make sure they can hear you, keep your voice within the chameleon hearing frequency. You can talk to them and tell them how your day went and other things. Also, talking to your chameleon will help you bond closer with them as well. 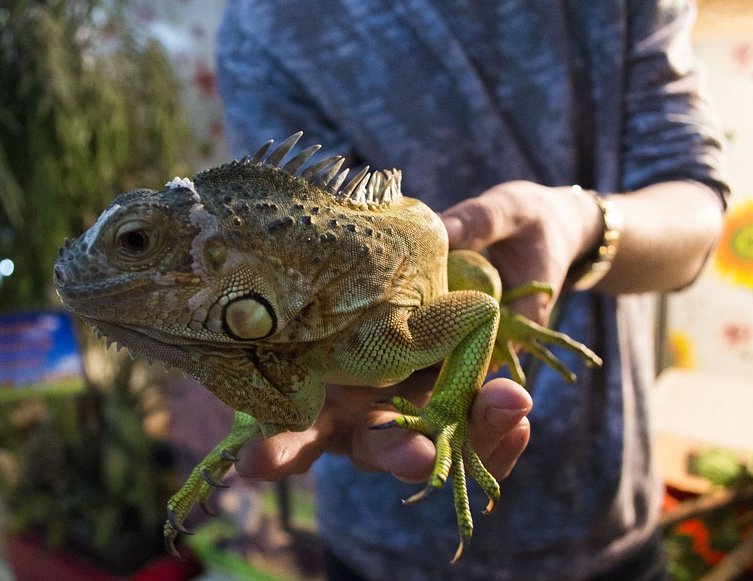 Scroll back to top
We use cookies in order to give you the best possible experience on our website. By continuing to use this site, you agree to our use of cookies.
Accept