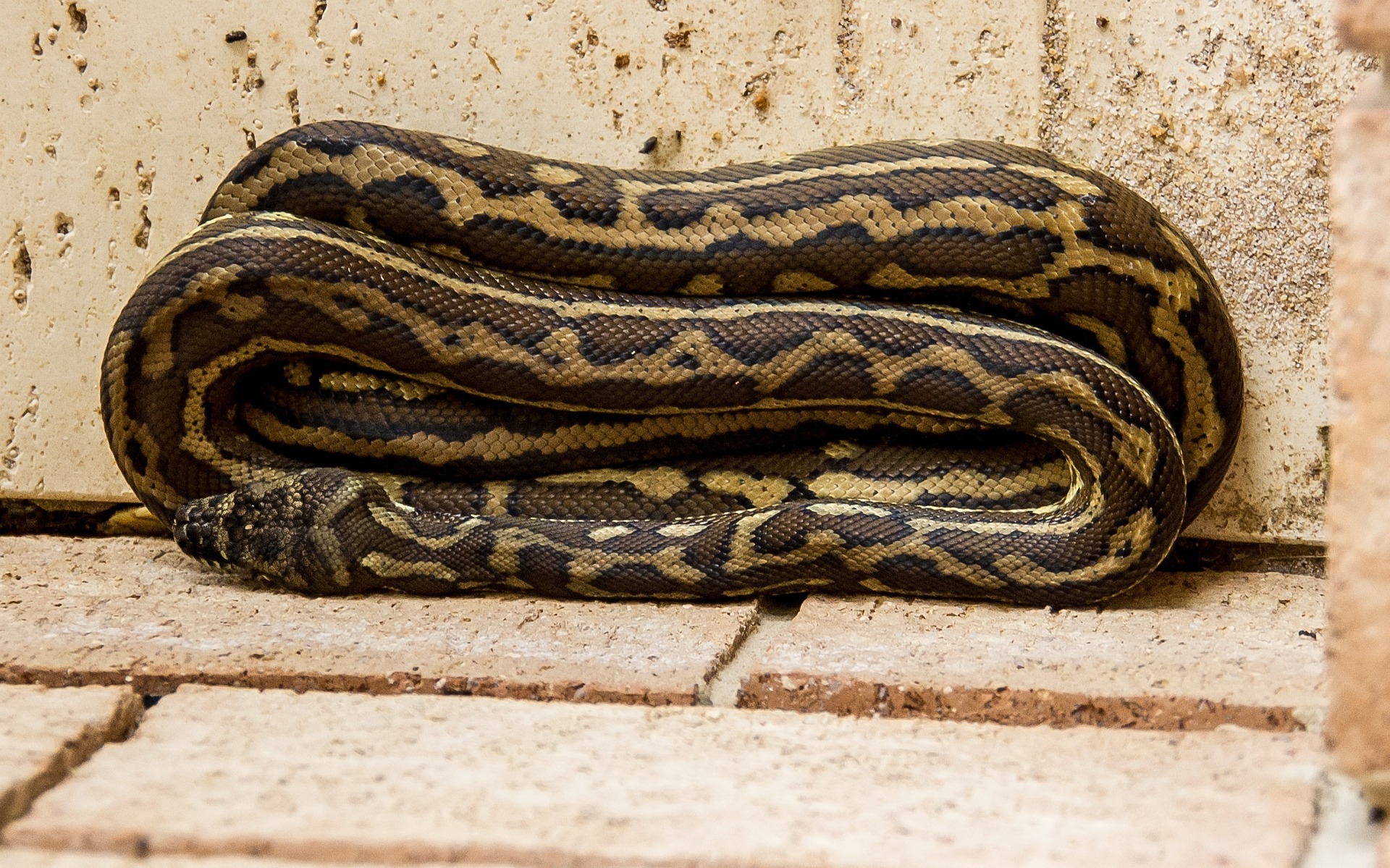 The skin patterns of Carpet pythons, a large snake, are so intricate and beautiful that they were given the name “carpet python.” Their coloring varies greatly; you might see olives, blacks, whites, creams, or golds on them. On a gray or brownish-gray background, the patterning may be roughly diamond-shaped or it may have intricate markings made of light and dark bands. When compared to females, males of this species are typically smaller. Females of this species can be up to four times heavier in some regions.

You may also want to read about Pied Ball Pythons.

Carpet pythons are semiarboreal, or arboreal, snakes because they can live in trees but also venture out into the surrounding environment. They are mostly nocturnal, and can be seen traversing open areas such as rock faces, forest floors, and roads, as well as climbing trees and shrubs. The daytime hours, however, are when they can be spotted relaxing in the sun.

Most commonly, they will seek refuge in unused animal burrows, but they will also use hollow tree limbs and rock crevices as well. The only time a group of carpet pythons gets together is when they’re trying to have babies. 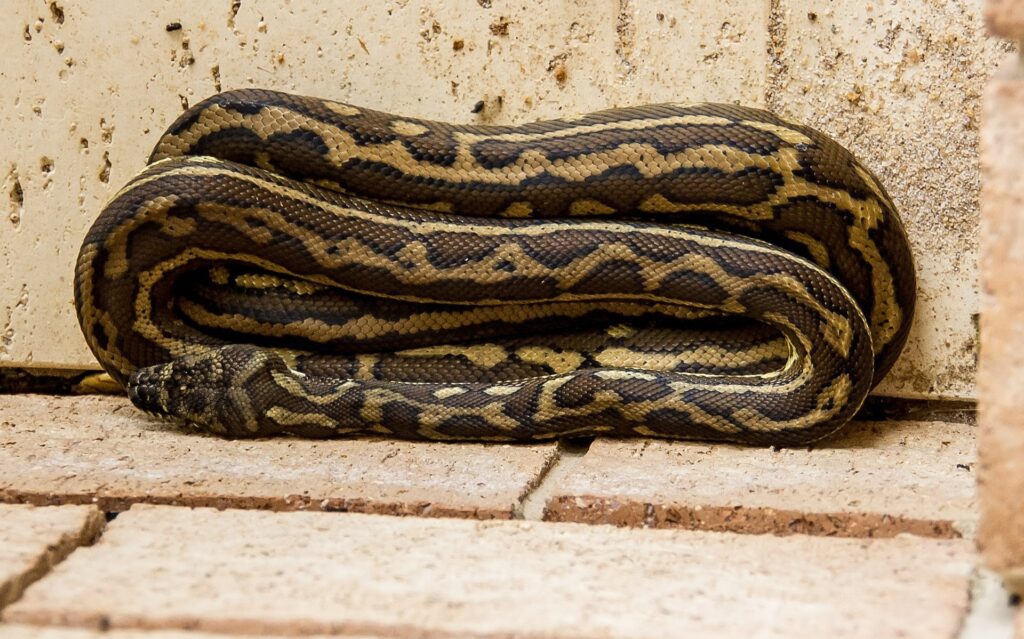 Except for the dry interior and western parts of Australia, carpet pythons are widespread across the continent. In addition to Yule Island, you can find these people in Indonesia’s Merauke Regency in Papua New Guinea’s southern Western Province and in the Port Moresby area of Central Province.

Carpet pythons can be found in a wide range of ecosystems, from the humid rainforests of northeastern Queensland to the arid, treeless islands of the Nuyts Archipelago off the South Australian west coast, and everywhere in between. They can also be found in hot, dry grasslands of a temperate climate, and frequently do so in proximity to human settlements.

Carpet pythons eat everything from rodents and birds to possums and bats in the wild. They are ambush predators who will eat whenever they can.

Depending on the carpet python’s age and size, captive caretakers can provide them with a variety of diet options. Commercially bred frozen mice, rats, quail, and rabbits are among the python foods readily available.

Once a week, a juvenile python needs a meal of a rat or mouse that is about the same size as it is. Every two to three weeks, an adult carpet python can be fed a large rat or rabbit. Before giving the snake any food, make sure it is completely thawed and warmed up (by heating it in a ziplock bag in hot water).

Captive pythons should be fed in a separate “feeding” tub from their main enclosure. Never give a python a live rodent as a treat, as doing so is dangerous for the snake. A python’s eating schedule, the size of its meals, and its molting schedule should all be recorded. The python should also have constant access to clean water that is regularly replaced.

However, very few details about Carpet python mating behavior are known. Between the months of October and about the middle of December, they have their young. Snakes of this species lay eggs (egg-laying). The average incubation period for a clutch of female-produced eggs is 40 days.

The females protect and warm the eggs by coiling around them and using their muscular contractions to generate heat. After the hatchlings emerge, the mother python no longer provides the usual level of care. The average length of a hatchling is 39 cm, and they reach sexual maturity at about 3 years of age.

The loss of their natural habitat poses the greatest risk to Carpet pythons. This means snakes have fewer safe spaces to hibernate and fewer places to hide while hunting. Predation by feral cats and foxes is another threat to carpet pythons’ survival.

The Carpet python is, according to the International Union for Conservation of Nature (IUCN), both locally common and widespread across its range, but no overall population estimate is available. The IUCN Red List currently has this species classified as Least Concern (LC), but its population is in decline.

Carpet pythons are commonly encountered in urban areas, where they serve a beneficial purpose by reducing rodent and insect populations.