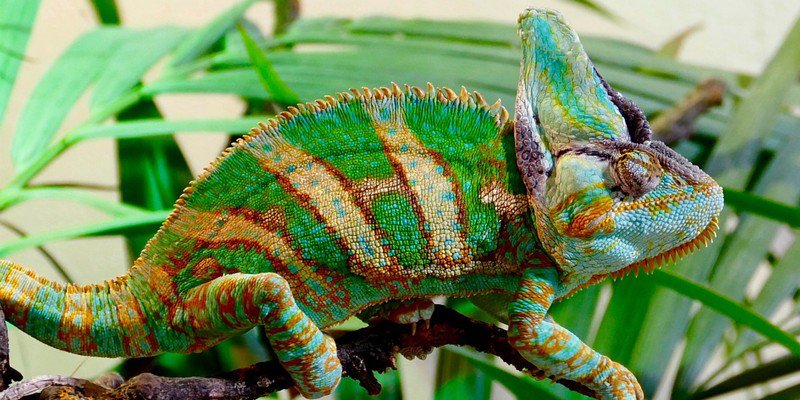 If you have a baby veiled chameleon or recently bought a chameleon and wondering about their size when they become an adult, you came to the right place.

How Big Do Veiled Chameleons Get?

How Big Do Female Veiled Chameleons Get?

Female veiled chameleons grow to about 18 inches in length from nose to tail.

Female veiled chameleons will grow bigger when they are pregnant.  During this time, they will eat more often and drink more water as well.  Their belly will get bigger to accommodate the eggs growing inside them.   Due to this large appetite, they will shed often as well due to their body outgrowing the old skin.

How Big Do Male Veiled Chameleons Get?

The appearance of the male chameleons appears to make them bigger than females due to some of the features they have.  For one, their “helmet” is much bigger than then helmets of the females.

On the other hand, the male will use their bulkiness to attract the female during breeding.  When they see a female veiled chameleon, they will try to expand their body out as much as possible to appear bigger than normal.  This behavior is to attract the female and let them know that they are the best suited for mating.

How Big Do Veiled Chameleons Get In The Wild?

In the wild, veiled chameleons can grow to an enormous size due to food source being plentiful.  The average size chameleon is about 2o inches long and some are even bigger than that!

In their natural habitat, there are many different types of insects available for them to eat.  All the insects they eat are full of nutrition, which contributes to their large size.  The insects are packed with nutrition by the amount of all the food they eat such as leafy greens, fruits, and vegetables.   Veiled chameleons get all their nutrition by just eating insects in the wild.

The reason why veiled chameleons get really big is that they will eat whenever food source is available.  In their natural habitat, depending on the season, food can become scarce sometimes.   For that reason, their instincts tell them to eat all the time when the food source is present.  This is to prevent starvation when insects may not be available for a long period of time.

Another factor veiled chameleons in the wild get really big is due to having stronger genetics than those breed in captivity.  Only the biggest and strongest survive to adulthood and breed.  For that reason, some chameleon owner wants to buy a chameleon that is wild-caught, just for that purpose.

How Big Do Veiled Chameleons Get In Captivity?

In captivity, a veiled chameleon can reach it’s full growth potential slowly or quickly.  This depends on how much you feed them.  The more you feed them, the faster they will get big.  On the other hand, the less food that is given to them, the slower they will become big.

How Big Do Veiled Chameleon Baby Get? 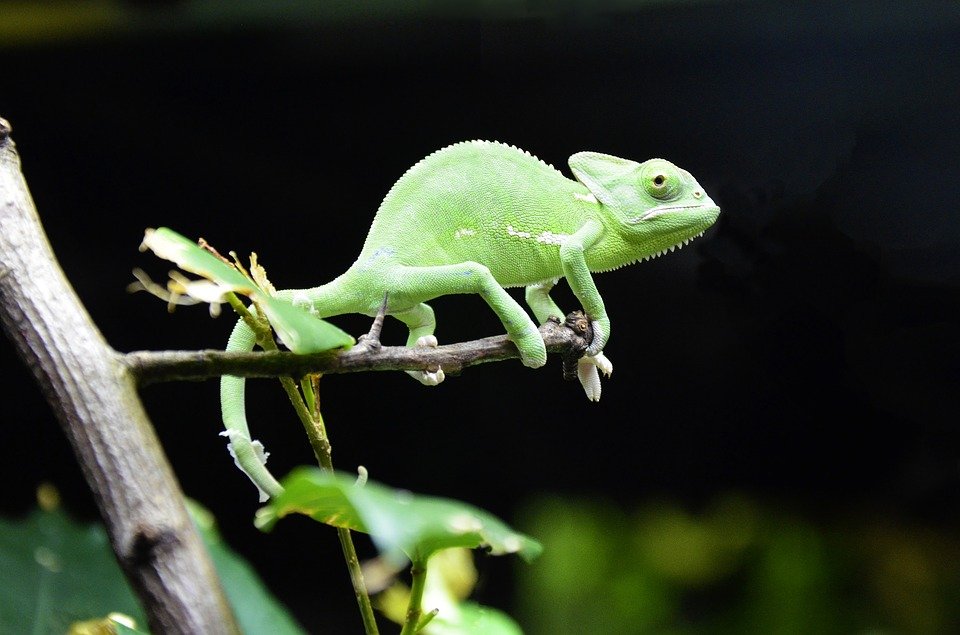 Veiled chameleon babies hatch from an egg.  After hatching, they are usually 4 inches in length.  However, they will grow very faster in the next couple of months.  This growth is due to the large appetite that they have.  Veiled chameleon’s food consists of a diet of insects and other food which are high in proteins and carbohydrates.

For this reason, a small cage isn’t suitable for them due to their fast growth.  It’s best to get a medium size cage that can house them from birth until they reach maturity in 12 months.  After 12 months, you can move them to the main cage.

How Long Does It Take To Reach Full Size

A veiled chameleon will reach their full size in about 12 months.  However, like other reptiles, they will continue to grow their entire life.  You won’t be able to know the difference in size anymore after 12 months.

What Enclosure Size For A Veiled Chameleon?

The enclosure is very important to the health of your veiled chameleon. In their natural habitat, there are no barriers between them and the environment. Also, they need a lot of fresh air to be healthy. For that reason, they need an enclosure that is big enough for fresh air to move in and out of the enclosure.

The recommended overall enclosure size should be 24x24x48.  This enclosure on Amazon is the perfect choice for veiled chameleons.

Avoid any enclosure that is small than the above. A small enclosure is too small for a veiled chameleon to move around and it will most likely cause them to be stressed.

Also, a large enclosure is best because you can put plants and other decorations in the enclosure.

Should You Fear A Big Veiled Chameleon?

Veiled chameleons do get aggressive and could bite if they are provoked. Before they bite you, they will usually exhibit signs first. When threatened, they will open their mouth and hiss at you. Also, they will show their full body from the side to make them appear bigger.

If they are still provoked, they will bite. However, most veiled chameleons will not bite you because they don’t sense a great danger. Instead, they will just “punch”you with their nose.